What are Idaho Small Claims Cases and Class Action Lawsuits?

In Idaho, aggrieved parties seeking a financial judgment of $5000 or less have the right to file a small claim lawsuit against an accused person or business entity. Guidelines and procedures on how to pursue a small claim case are contained within the Idaho rules on small case actions (IRSCA). According to section 1–2301 of the Idaho state statutes, a small claims court is created under the magistrate division for resolving small claims actions. Individuals seeking financial judgments above $5000 may approach the magistrate division. Idaho’s class actions are lawsuits or complaints filed by a group of plaintiffs and headed by a person or representative. Examples of such cases include actions against faulty medical equipment or pharmaceuticals, investment manipulation, consumer rights, antitrust concerns, and exposure to hazardous materials.

What is a Class Action Lawsuit in Idaho?

A class-action lawsuit in Idaho is defined under the Idaho Rules of Civil Procedure (IRCP) Rule 77. According to the rules, class actions are filed by several plaintiffs who are represented by a class member. Like every other lawsuit, a representative of the class, who shares common accusation grounds with other members, can initiate the suit by filing the case at the court clerk’s office. However, the court is mandated by law to hold an initial hearing to certify the class action’s validity. In the state of Idaho, class actions are valid if:

How do I File a Claim in an Idaho Small Claims Court?

Claimants in a small claim case are expected to complete the claim and summons forms. These forms can be collected from the court clerk or download via online platforms provided by the Idaho judiciary. The claimant’s name should be identified as the plaintiff, while the accused is the entity being sued. To prevent re-filing of cases that may bear extra expenses, the defendant’s current contact details should be precise. If there is a modification in the address or contact information, the court clerk and the offender should be informed. Depending on the level of the allegations, some of the documentation that may be needed are: a signed agreement by all sides, rental receipts, product/goods obtained promises or guarantees, a picture of defective products, rentals, receipts, and canceled tickets.

Do I Need a Small Claims Lawyer?

In making a lawsuit in Idaho, hiring a small claims attorney is not needed. The Idaho statute does not allow the presence of a lawyer in a small claims court. This is because the legal proceedings’ guidelines are perceived to be generally simpler than in other lawsuits. However, hiring a legal counsel may be recommended, especially when the defendant is also hiring expert advice. This is to maximize the likelihood of winning the lawsuit in such a scenario.

How do Class Action Lawsuits Work in Idaho?

Filing a class action in Idaho involves some essential steps. First and foremost, a representative of the class, with the help of a professional attorney, is required to complete and submit a complaint on behalf of the class representatives who have sustained the same injuries or damages. Once the case is filed, the court will determine whether to approve or certify the class action. Plaintiffs who want to be members of the class no longer have the right to sue the defendant in a third-party action. The similarity of the statements and the number of participants of the class are tested to receive class approval and must satisfy such criteria. One criterion is that plaintiffs must have complaints that are common and legitimate. Independent suits should be shown to be ineffective, and the appointed members should defend the rights of the entire class and not the interests of the representative. After approval by the judge, the legal process continues with both sides filing their pretrial applications and investigation, and then on to mediation talks. In the final stages of the lawsuit, the compensation paid to the group is then divided by all class representatives.

Is a Class Action Better Than a Single Party Suit?

In many instances, class action suits may be found to have more merits than single party cases. Reasons why class actions are better than individual cases include:

Third-party sites are independent of government sources and are not sponsored by these government agencies. Because of this, record availability on third-party websites may vary.

What Cases are Heard by Small Claims Courts in Idaho?

All residents in Idaho can file a small claim case against another person or business provided that the financial claim is not more than $5000. Cases involving higher sums can be resolved at the magistrate division. Examples of small claims actions resolved in Idaho are: 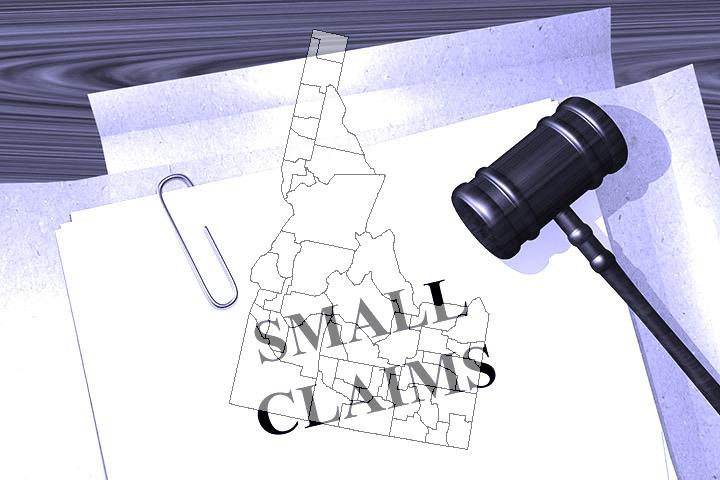