I Agree
How Does The Idaho District Court Work? | IdahoCourtRecords.us
Idaho Court Records

How Does the Idaho District Court Work?

Therefore, the District Court usually handles matters that are beyond the jurisdiction of the Magistrate Division. This includes criminal cases like felonies and lesser-included offenses and general civil cases with over $10,000 in dispute. Other cases that the District Court may preside over includes some probate, domestic relations, and juvenile cases.

The State of Idaho is divided into seven judicial districts. The District Court has four judges chosen by the qualified electors of the respective districts for a term of four years. If a district has more than one judge, the judges each have equal and coextensive jurisdiction with the boundaries of the district. The law designates the resident chambers of the district judges. The judges must reside in such places.

However, the district judges have full power to hold terms of court, make orders, transact judicial business, grant or refuse writs, and generally exercise all the powers of a district judge without the consent of the other judge or judges. The Idaho administrative judge, subject to the rules of the supreme court, has administrative authority and supervision over the operations of the District Courts and magistrates within the district.

An Idaho district judge may hold court in any county in the state upon the request of the respective district judge. If a court cannot be held because the judge is sick or absent from the state, the clerk must submit a certificate of that fact to the governor or chief justice of the Idaho Supreme Court, who may then direct another district judge to hold such court.

An Idaho District Court Judge may be removed or disciplined for any of the following reasons:

A judge may also be retired if the district judge has a disability that seriously deters the performance of official duties or that is likely to become permanent. The State of Idaho has a judicial council responsible for retiring, removing, and disciplining judges. Before that, the council may choose to conduct a hearing concerning the removal, retirement, or discipline of a district judge.

Otherwise, it may request the Supreme Court to designate three special masters, who are justices or judges, to hear and take evidence in any such actions, and to submit the findings to the council. If the council concludes that there is good reason, it recommends the discipline, retirement, or removal of the district judge.

On receiving such a recommendation, the Idaho Supreme Court assesses the record of the proceedings on the facts and law. It may then introduce more evidence and may order the removal, discipline, or retirement, as it believes is proper, or completely reject the recommendation.

The Idaho District Court has power to:

The Idaho Judicial Branch has a modern electronic online judicial system where citizens may find court records, obtain county contact information, or make payments. Interested persons may search for Idaho District Court case records on the iCourt portal. Provide either the record number or the name of one of the parties.

For additional information on the records or for certified copies, contact the Office of the Clerk of the Court. To find the contact information of any of the District Courts in Idaho, visit the Judicial Branch’s website. Click on the relevant highlighted judicial district. Users are directed to the district’s official site. Select the applicable county for directions and other details. 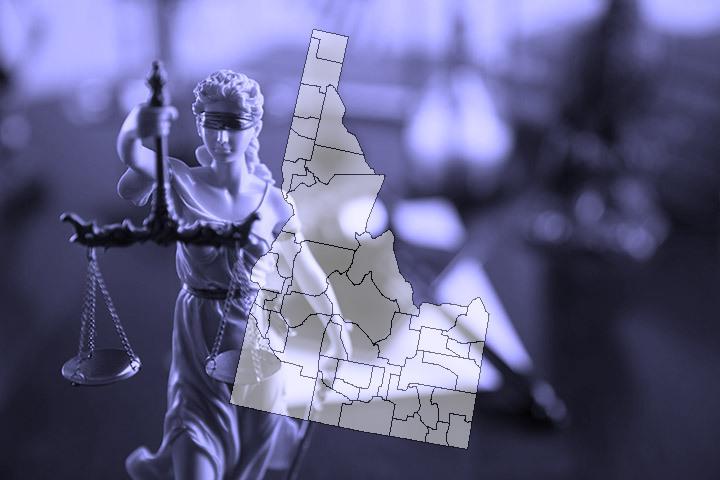