What are Idaho Juvenile Court Records?

The state of Idaho operates a juvenile correction system based on competency, development, and accountability of juveniles admitted into the process. The system keeps track of these activities by opening records for each juvenile that enters the system. A juvenile record gives information about the progress of legal action on a juvenile case. Except for criminal convictions, the goal of the juvenile correction system in Idaho is to correct potential moral errors in juveniles and prepare them to be more responsible citizens of the community. This system comprises the Law Enforcement Agencies, Juvenile Courts, the Juvenile Probation Services and the Department of Juvenile Corrections. The Juvenile Court has jurisdiction over all persons less than 18 years, and adults who were juveniles at the time of the offense or incident.

What Information is Contained in an Idaho Juvenile Record?

Under Idaho Code § 20–525, all information that pertains to the juvenile within the correction system will make up a juvenile record. They include:

What Cases are Heard by Idaho Juvenile Courts?

Juvenile courts in Idaho have jurisdiction to hear the following cases:

Violations of ordinances at all levels of government by a juvenile are under the jurisdiction of the state’s courts. The trial for federal crime may begin with the state and ultimately get transferred to the federal justice system.

Who is Eligible to View Juvenile Records in Idaho?

Juvenile courtroom proceedings and records of persons under the age of 14 are closed to the public in Idaho. The only persons with permission to view juvenile records without a court order are the victims of the committed offense. The victim has access to the name of the involved juvenile, names of the parents/guardians, their contact details and telephone numbers if available in the records (Idaho Code § 20–525 (1). An exception to the rule of confidentiality is if the child committed a felony equivalent, being over 14 years of age. Even at that, it is a decision of the court and the prosecutor to decide if the record should be accessible to the public.

How to Find Juvenile Records in Idaho

The type of record requested determines which agency has primary custody or is a repository of such. For example, the Sheriff’/Police Departments within the state generate and maintain arrest records of all juveniles. Court records are available at the office of the court clerk of the local courthouse that handled the case. Note that juvenile records extend beyond information or documentation about delinquencies or inappropriate behaviour. Juvenile records border on child protection, child rights and support, etc. The Family Court Services or Domestic Relations Division of Idaho Courts who provide information regarding them. The Probate Division of the court has jurisdiction over information pertaining to estate, wills, conservatorships, guardianships and other matters as it pertains to juveniles. Usually, all requests for juvenile records may require a court order because most of them are not accessible under the state laws. Anyone who would request for them must first check their eligibility status before considering making a request.

Records that are considered public may be accessible from some third-party websites. These websites often make searching simpler, as they are not limited by geographic location, and search engines on these sites may help when starting a search for a specific or multiple records. To begin using such a search engine on a third-party or government website, interested parties usually must provide:

Can you Look up Idaho Juvenile Records Online?

Under Idaho Ct. Admin. r. 32 (g) (9) (E), criminal adjudication of juveniles are available to the public online. The details provided are the name of the juvenile, the offense, and the court disposition. The Idaho state judiciary Supreme Court maintains a repository of data for this purpose. To access these records online, be sure to have the name of the offender, and the record number. Anyone seeking extended access to this record must open a user account.

Do Idaho Juvenile Records Show up on Background Checks?

Yes. In Idaho, all adjudication for juvenile cases are public record, so they will show up on a background check. Sealed or expunged records of juvenile adjudication are invisible to the public, but may be available to certain employment agencies.

How Long are Juvenile Records Kept in Idaho?

It depends on the type of offense in the juvenile record. Felony convictions that led to confinement at the Department of Corrections remain on the record for at least 5 years after the offender has completed the sentence, or if the offender reaches 18 years of age, whichever is later. Misdemeanors, status offenses informal adjustments and diversion cases have one year after the court ends jurisdiction on the case or when the individual reaches the age of 18 years, whichever is later. Note that getting a record off public disclosure in Idaho is not automatic. Involved persons must file for expungement. When the court receives an application for expungement, the authorities confirm that the petitioner has duly served all penalties, and that he/she is now accountable. The court also confirms that there has been no other adjudication since the last termination of court jurisdiction. Finally, the court decides if the expungement of the record will be in the interest of public safety. Having met these requirements, the court issues an order to all custodians of the record for expungement. Only a list of expunged records remains with the court and are not accessible except by an order from a competent court of jurisdiction. Certain crimes are not eligible for expungement: 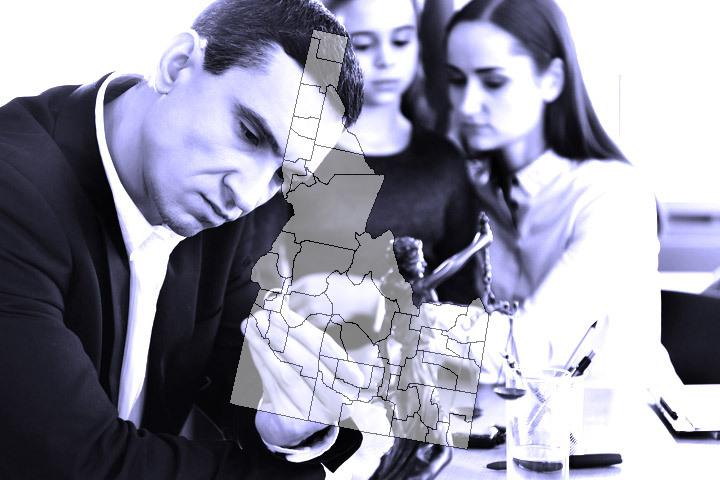