I Agree
How Does The Idaho Magistrate Court Work? | IdahoCourtRecords.us
Idaho Court Records

How Does the Idaho Magistrate Court Work?

The commission conducts studies to develop the administration of justice within the district. It makes suggestions for improvements to the legislature, the supreme court, and other governmental agencies that may be affected or interested in such recommendations. The members of the Idaho district magistrates commission must be over the age of majority, a resident of the state and district, a U.S. citizen, and of good moral character. The district magistrate commission consists of:

To be eligible for the position of an Idaho magistrate judge, a person must meet the following requirements:

The Idaho Supreme Court has the power to stipulate additional categories of cases assignable to magistrates. However, the following matters cannot be assigned to magistrates who are not attorneys:

In Idaho, Magistrate Court cases that require a jury must consist of six jury members, unless the parties consent in open court to a lesser number. Any party aggrieved with a judgment of the Idaho Magistrate Court may appeal to the relevant District Court.

An Idaho Magistrate Court Judge may be removed or disciplined for any of the following reasons:

Otherwise, the council may request the Supreme Court to appoint three special masters, who are justices or judges, to hear and take evidence in any such cases, and to report the findings to the council. If the judicial council concludes that there is good reason, it recommends the discipline, retirement, or removal of the magistrate judge.

On receiving such a recommendation, the Supreme Court evaluates the record of the proceedings on the facts and law. It may authorize additional evidence and may then order the removal, discipline, or retirement, as it believes is proper, or completely reject the recommendation.

The Idaho Judicial Branch has a modern electronic online judicial system where citizens may find court records, obtain county contact details, or make payments. Interested persons may search for Idaho Magistrate Court case records on the iCourt portal. Provide either the record number or the name of either of the parties. For additional information on the records or for certified copies, contact the Office of the Clerk of the Court.

For the location and contact information of any Idaho Magistrate Court, check the Idaho County Courthouse Directory. 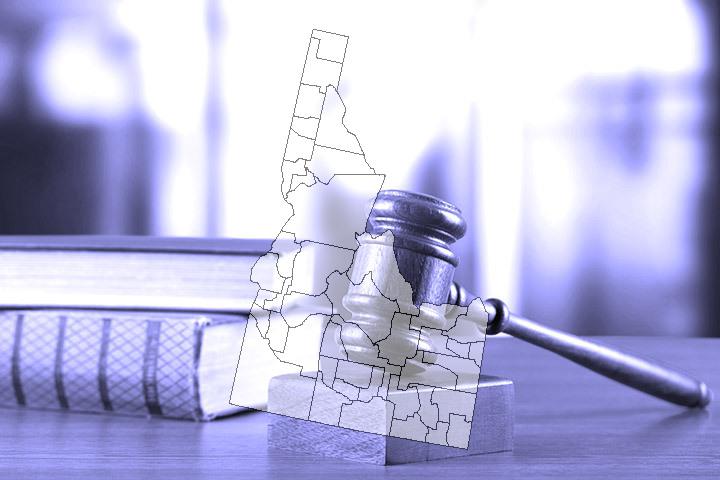