What Are The Differences Between Federal And Idaho Crimes?

Idaho state crimes, as defined under Title 18 of the Idaho State Statutes, are different from federal crimes. While federal crimes deal with offenses or violations against federal laws, Idaho state crimes are violations committed against the state criminal statutes. Apart from jurisdiction, another notable difference is the law enforcement agencies tasked with investigating and prosecuting both categories of crime. Generally, federal agencies like SEC, ICE, FBI, IRS, and many others are in charge of handling federal crimes. On the other hand, law enforcement agencies in Idaho, such as Idaho State Police and Idaho Department of Corrections, are tasked with handling state crimes. Federal crimes in the USA require an in-depth approach to investigations since it cuts across several states. Also, resources beyond the capacity of state or local governments are necessary for prosecuting these crimes. Examples of offenses classified as federal crimes are:

State crimes such as arson, rape, theft, burglary, kidnapping, homicide, murder, manslaughter, simple assaults, and aggravated assault occur within the Idaho orders. Hence, they are resolved in the state court and prosecuted by law enforcement agencies in the state.

The Idaho court system is similar to the federal court system in terms of criminal justice procedures. However, the jurisdiction, types of court, and appointment of judges are quite different. The federal court system is divided into three levels: district courts, circuit courts, and appellate courts. Idaho has one federal district court tasked with handling criminal cases and one bankruptcy court. The district court judge is appointed for life by the United States president with the validation of the US Congress. Even then, the judges may be impeached by the congress on account of misconduct. Also, the U.S Attorney General reserves the privilege of appointing assistant attorneys to prosecute federal court cases.

The court system in Idaho is divided into three tiers. The Supreme Court is the highest appellate court; it has constitutional authority over lawsuits brought against the state. The Court of Appeal serves as an intermediate appellate court responsible for reviewing cases assigned to it by the Supreme Court. Note that the appeal court cannot hear matters related to capital murder. Also, the state Supreme Court is authorized to resolve appeals from the Idaho Public Utilities Commission or Idaho Industrial Commission.

How Many Federal Courts Are There In Idaho?

There is one federal district court, one bankruptcy court, and a federal court of appeals located in the State of Idaho. These include:

1. The district court in Idaho has three locations: Boise, Coeur d’Alene, and Pocatello.

James A. McClure Federal Building and the United States Courthouse

2. The federal bankruptcy court in Idaho has three locations: the city of Boise, Pocatello, and Coeur d’Alene.

According to the FOI (Freedom of Information) Act, federal court records available to citizens for copying and inspecting. However, not all information contained in case files is accessible by the public. Information like docket sheets and transcripts of court proceedings are obtainable by residents via online, mail-in, and in-person requests. Sensitive information that either violates personal privacy or state statutes may be restricted based on a judge’s discretion. Other information restricted by the court are:

Records that are considered public may be accessible from some third-party websites. These websites often make searching simpler, as they are not limited by geographic location, and search engines on these sites may help when starting a search for a specific or multiple records. To begin using such a search engine on a third-party or government website, interested parties usually must provide:

The United States Federal Courts maintain a centralized online search system known as PACER (Public Access to Court Electronic Records). This database is available to anyone looking for federal court records. PACER is free for users who:

Apart from these, users are expected to understand how the PACER pricing works before proceeding to make payments for any record. Information that is accessible on the online database are:

The Idaho federal district court keeps and disseminates its records locally. As such, some information on records may not be available online. Use the PACER Case Locator for case files whose locations are unknown. Alternatively, requesters may contact the district court’s clerk to find out what information is accessible before making a request and paying fees. Questions on how to use the federal e-filing are available on the FAQ page of the website.

How To Find Federal Court Records In Idaho?

In Idaho, interested persons can obtain federal court records by visiting or sending a mail to the federal district court’s clerk. Each page of a record ordered in-person costs $0.10, while copies made by the clerk cost $0.50/page. The clerk charges $11 for certification. The same fee schedule applies for both clerk-facilitated in-person requests and mail requests. All mail requests must include a written request containing relevant details such as the case number, case name, and approximate filing date. Requesters are also required to include their locations and phone numbers.

All mail requests should be enclosed along with a self-addressed stamped envelope and appropriate fees to any of the following locations:

Federal court records that are more than 2 years are archived and maintained by the National Archives and Records Administration (NARA). Those looking for these archived documents should first contact the district court clerk’s office to determine the location of the records of interest.

Can Federal Crimes Be Dismissed In Idaho?

Yes, federal criminal cases may be dismissed in Idaho as stipulated under section 48 of the Federal Criminal Code. This law gives the federal court in Idaho the authority to dismiss eligible federal offenses. Procedures required in dismissing federal cases are complex due to the operations of the national criminal justice system. Note that dismissing a federal case is different from expungement. Expungement mostly occurs when a defendant is acquitted while dismissal takes place when evidence brought at the moment before the court is not sufficient for prosecution. This means that the dismissed case may be reopened at a later date approved by the presiding judge.

How Do I Clear My Federal Criminal Record?

Criminal history records can be cleared in two ways: expungement and sealing. A sealed file is accessible by law enforcement agencies, the file holder, or legal representative of the file holder. Expunged case files are totally destroyed, and it is not accessible to anyone. This means the record holder of an expunged file has a right to deny ever committing the crime. Typically, sealing a record is easier than expungement. A file can be expunged if the conviction was reversed, case dismissed or received a federal pardon. The U.S. Federal First Offender Act also allows the expungement of drug-related criminal history records of persons below the age of 21 years. To be eligible, the offender must not have any prior convictions.

Unconstitutional convictions and convictions following minor government misconduct are generally eligible for expungement. In both instances, the Attorney General has the right to dismiss the case, which will eventually be sealed by the judge.

Ex-convicts convicted by the Federal District Court of Idaho may petition the district court judge to seal or expunge their criminal history record. In this case, the process of sealing or expungement is monitored by the Attorney General. Note that the process may take up to three years before it is approved. On the other hand, sealing a record can only occur based on the judge’s discretion. This means that the defendant’s legal representative is required to prove that the record may be misused in the future, will be irrelevant in future investigations, or may put the community at risk. 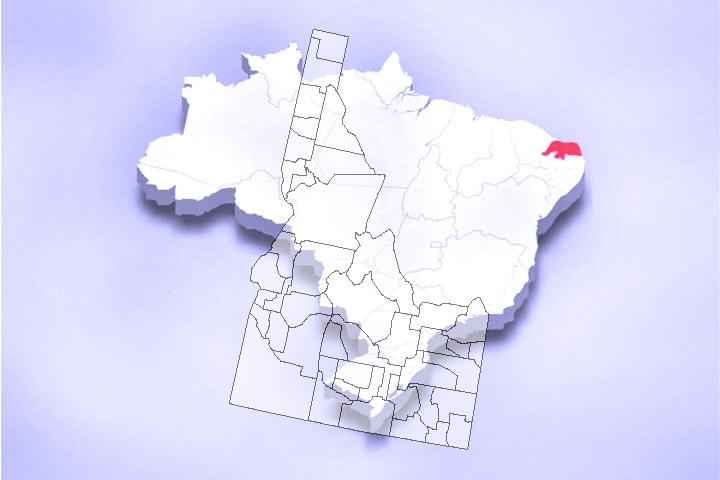