In Idaho, criminal records are public records accessible to prospective landlords, schools, professional societies, and employers. This often limits a record bearer’s chances of getting a job, being admitted into a school or professional body, and other civil or social privileges. To help mitigate these circumstances, the Idaho Judicial Branch allows some records to be expunged depending on the conviction or crime committed. Once expungement occurs in Idaho, the criminal offense is removed from the individual’s case file, while a sealed record is only made unavailable for viewing by the public.

The Difference between Sealing and Expunging Criminal Records

Idaho heavily restricts the sealing and expungement of adult criminal records. The sealing of a criminal record makes the document inaccessible or unavailable for viewing or copying to members of the public unless a court order or subpoena challenges the restriction. Criminal record expungement in Idaho refers to the removal of conviction information, arrest details, deferred judgment, or sex offender registry information from an individual’s criminal history.

How to Seal a Criminal Record in Idaho

In Idaho, a case’s records can only be sealed following the issuance of a court order. The individual seeking to have criminal records sealed is required to file a motion requesting the restriction, after which the court will hold a hearing to deliberate the petition. The judge is charged with deciding if it is in the public’s interest to have the records sealed or disclosed. The judge will also determine if;

It is worthy to note that even if an individual’s issue falls under one of the conditions, the Idaho courts and judges rarely grant the order to seal a criminal record.

What Crimes Can Be Expunged in Idaho

Idaho only allows expungement in very few instances. The process covers documents like arrest records, DNA records, fingerprints, information on the sex offender registry, juvenile records, and some criminal history records. For expugnable crimes, Idaho addresses situations surrounding an offense rather than the crime itself. Categories of people eligible for expungement include:

Except an individual or offender falls into these categories, an expungement is not likely in the state of Idaho. An offender or individual that is not eligible for expungement can try the withheld judgment route. In Idaho, alleged violators that plead guilty to a misdemeanor or felony charge are allowed to ask for a withheld judgment from the court. Withheld judgment means there will be no record of conviction against the accused, but the offender must serve the probation, sentence, or punishment. Afterward, individuals can request for the court to dismiss the case. Once the court grants the request, the offender can deny being convicted of a crime before.

How to Expunge Criminal Records in Idaho

Based on the conditions to expunge criminal records in Idaho, the process is outlined below for each category.

Do Sealed Records Show Up In Idaho Background Checks?

Who Can See Sealed Criminal Records in Idaho

How to Obtain Sealed Records in Idaho

In Idaho, interested persons can obtain sealed records through a court order. The requestor must submit an application stating the reason to access the sealed criminal files to the court, which granted the sealing order. If the judge is satisfied with the grounds highlighted, the judge may give a court order to unseal the record. 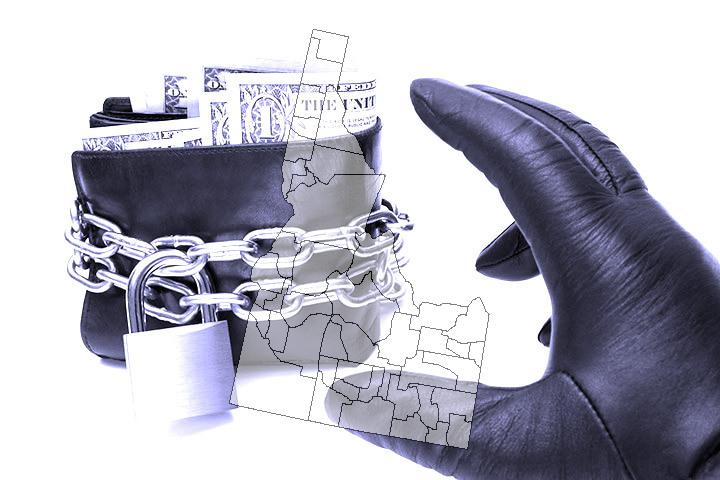