I Agree
Where to Find Inmate Records in Idaho | IdahoCourtRecords.us
Idaho Court Records

Where to Find Idaho Inmate Records

When an offender is detained or sentenced in the justice system, he/she will spend time in a correctional facility in Idaho. The Sheriff has custody of detainees and inmates in the county jail and maintains relevant records on inmates. The Idaho Department of Corrections (IDOC) is the administrative supervisor of county jails and state prisons. It maintains a publicly available database for this effect. The custody of the Department of Corrections, however, does not extend to federal inmates. Federal inmates are under the jurisdiction of the Federal Bureau of Prisons, which also maintains inmate records.

Yes. In line with state and federal laws on government transparency, these custodians maintain inmate records that members of the public can access (Idaho Code § 74–102)..

Third-party sites are independent of government sources and are not sponsored by these government agencies. Because of this, record availability on third-party websites may vary.

What Information is Contained in an Idaho Inmate Record?

An inmate record will typically contain the following information:

Where do I Look Up an Inmate in Idaho?

Generally, the three ways to find an inmate in Nebraska are:

How Do I Conduct an Inmate Search in Idaho?

The steps for finding an inmate in Idaho are quite straightforward if the requester has the necessary details.

Some jails allow members of the public to call to find information on an inmate. Thus, scheduling a visit with the jail administrator is unnecessary in this case. The Idaho Department of Corrections also maintains a directory of correctional facilities and visitation rules. County jails often have specific rules, and it is useful to know these rules before visiting.

If the individual is looking for inmates in multiple counties or is not sure of the facility of incarceration, then the IDOC Offender Search is a useful tool. The central repository pools inmate information from county and state correctional facilities. To use the Offender Search, the individual must query the database with the inmate’s full name or I. D. Click on the IDOC number for inmate information, including booking photos and personal information.

Most records are available under the Act, but statutory provisions exempt confidential records from public disclosure, even with consent from the inmate. Generally, the Idaho Department of Corrections provides an online form for this purpose.

How Can I Find an Inmate for Free in Idaho?

How to Find Old Inmate Records in Idaho

The information on discharged inmates is not available online. Ergo, a requester must contact the Department of Corrections by mail or using this online questionnaire. If the inmate is under probation or parole, send a public information request to the Commission of Pardons and Parole at paroleweb@idoc.idaho.gov.

How do I Find Inmate Death Records in Idaho?

How do I Conduct a Federal Prison Inmate Search?

Federal prisons house offenders convicted of federal crimes and depending on the severity of the crime, offenders are held in minimum or maximum-security facilities. All federal prisons in Idaho are under the administration of the Federal Bureau of Prisons (BOP). To find an inmate at the prison, use the BOP Inmate locator. BOP allows searchers to find information on inmates incarcerated as far back as 1982. To achieve this, the searcher may use the offender’s unique BOP number or full name.

Furthermore, providing additional information such as race, age, and sex helps narrow down the search from thousands of results. Bear in mind that records on inmates incarcerated before 1982 are only available on the National Archives and Records Administration (NARA) website. There, the searcher will have access to a database of inmate information from 1870 to 1981.

How Long Does it Take For An Inmate’s Information to Be Published in Idaho Inmate Locator?

It depends. The availability of inmate information on the inmate locator from jail systems depends on several factors. Some of these include when administrative staff completes the booking process, level of technology integrations, and technical staff availability. 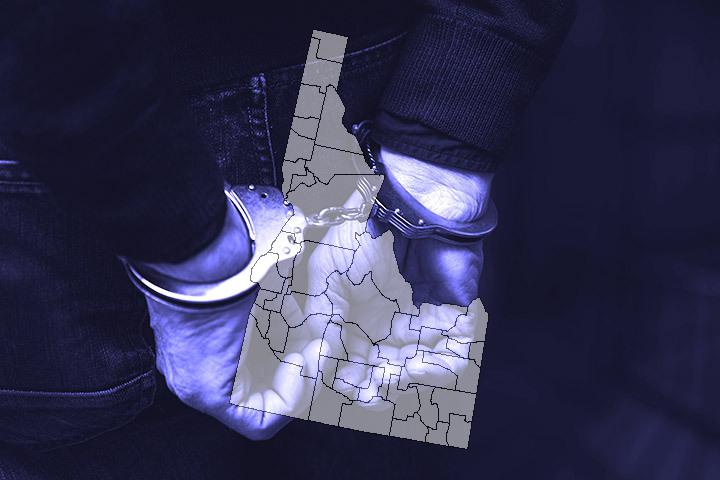