Any person who is prosecuted for a crime can be detained or committed to a correctional facility in Idaho. Depending on the crime’s severity and length of incarceration, this facility can either be a county jail or state prison. When the offender is confined to a state prison or on parole/probation, the Idaho Department of Corrections (IDOC) has control and physical custody of that person. The IDOC also holds inmates in county jails or private prison contract facilities. A person who commits a lesser crime or is awaiting trial will most likely be held at a county jail and under the control of the local sheriff’s office. These state agencies are not only charged with these responsibilities, but also with generating and maintaining records of persons who have served or are serving sentences in Idaho penal institutions.

What is the Difference Between Jail and Prison in Idaho?

Though the terms, “jail” and “prison” are used alternately when speaking about correctional institutions, Idaho statutes indicate unique distinctions between the two words. Per Idaho Code 20–601, a jail is a government facility run at the county level for the following reasons:

In contrast, a prison is a state-run facility that houses individuals who were convicted of serious offenses against society, typically felonies, and who have lengthier prison sentences.

How Many Prisons are in Idaho?

There are 9 prisons and 5 community re-entry centers maintained by the Idaho Department of Corrections. The prison facilities are categorized according to the security risk/requirements, the unruliness of inmates, and the degree of supervision required for the prisoners. Find a comprehensive list of these facilities below:

IDOC also runs the Correctional Alternative Placement Program (CAPP) facility. This institution provides substance abuse treatment programs to persons on parole or probation, or who have a sentence for retained jurisdiction. It is located in Kuna, Idaho.

How do I search for an Inmate in Idaho State Prison?

Idahoans and other interested persons can search for inmates confined in the state prisons with the IDOC’s Offender Search Database. Apart from an inmate’s basic information, searchers can also view the felony offense(s) of an individual which led to incarceration, and parolee or probationary information.

To find an inmate housed in an Idaho state prison, an individual will need the last name of the offender and IDOC number. An inmate’s first name can also be used, however, it is not a compulsory search filter. If the system returns a “no location” result, the inmate may be confined to a county jail and in the physical custody of a sheriff’s office.

As mentioned previously, the information available on the inmate database is not extensive. Therefore, individuals who require more information than that provided through the Offender Search may submit a public record request in writing or with the IDOC’s online form. Requesters will need to provide their names, contact information, record type, a concise description of the record, and any other relevant document. The department may be contacted at (208) 658–2000 for more information.

Are Incarceration Records Public in Idaho?

For incarceration records of persons confined in state prisons, the administrative rules and policies of the Idaho Department of Corrections govern disclosure, in addition to the Public Records Act. Per Department Policy 108.00.01.001, members of the public generally have access to incarceration records, provided that the requester is not a past or present inmate or parolee. However, if the parolee or inmate is part of litigation involving the record, access may be granted. The IDOC policy and rules list records and inmate information that are unavailable to the public. The Public Records Act, from sections 74–103 through 74–12, also outlines these exemptions, including:

IDOC assesses fees for requests based on the number of pages to be copied, file retrieval, staff labor involved, and postage. For copy requests, the initial 100 pages are processed at no cost. Requests that exceed 100 pages are charged at 10 cents per page.

Records that are considered public may be accessible from some third-party websites. These websites often make searching simpler, as they are not limited by geographic location, and search engines on these sites may help when starting a search for specific or multiple records. To begin using such a search engine on a third-party or government website, interested parties usually must provide:

How to Look Up Jail Records in Idaho?

Inmate locators and jail rosters provided at the county level allow members of the public to look-up jail records in Idaho. Interested persons may find these rosters or databases on the websites of the county sheriffs. Furthermore, parties may contact the sheriff offices or mail/hand-deliver a written request to obtain these records, including records of arrests. Typically, a request should contain the requester’s personal information and a clear description of the sought-after record. Some sheriff offices—for instance, the Ada County Sheriff’s Office—publish request forms online.

Can Jail Records be Expunged in Idaho?

In Idaho, jail records can be expunged in certain circumstances. An expungement is a court order that removes arrest records, criminal charges, and convictions from a person’s criminal record. Expungeable records include fingerprints, DNA records, juvenile mugshots, sex offender registration, and criminal history records. Not everyone or every crime is eligible for an expungement in the state. Mostly, expungement is available to juvenile offenders (Idaho Code 20–525A).. The judicial procedure for expungement begins when a person submits an expungement petition to the court. Other than the statute above, Kootenai County publishes a helpful guide on expunging criminal records in Idaho.

Any juvenile or adult person who was arrested or received a criminal summons is eligible to expunge their fingerprints and criminal history records. This is done by direct application to the Idaho State Police (ISP) under Section 67–3004(10) provided:

It should be noted that the expungeable records are only those related to the arrest or summons incident and which satisfy the qualifications above. An eligible party may send the expungement application form to ISP by mail. Below is the mailing address: 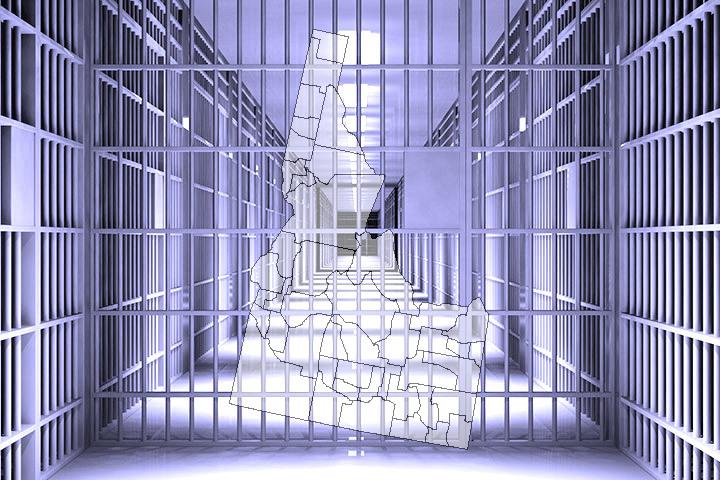