I Agree
What are Idaho Traffic Violations and Infractions? | IdahoCourtRecords.us
Idaho Court Records

What Are Traffic Violations And Infractions In Idaho?

Idaho road traffic laws were enacted to deter unsafe driving behaviors, protect vulnerable road users, and give law enforcement the authority to impose sanctions. Traffic violations and infractions are offenses that are contrary to the civil use of public roads under the Idaho Motor Vehicles Code. The Division of Motor Vehicles maintains drivers’ records of all violations, convictions, and civil penalties. These records are public information and available to public requesters. Likewise, idahocourtrecords.us is an independent repository for publicly available traffic records in the state.

What Are Felony & Misdemeanor Traffic Violations In Idaho?

Felony traffic violations are offenses that put or cause serious injury to vulnerable road users and properties. Thus, the state regards violations as criminal behavior, and statutory punishment will apply, depending on the severity of the crime. This punishment is often jail time and heavy fines imposed on the offender. Furthermore, Idaho has a persistent violator or “three strikes” law that imposes a mandatory minimum of five years in jail on drivers convicted of the same felony three times in their lifetime. Idaho does not classify offenses. Instead, crimes are either felonies or misdemeanors and the court punishes on a crime-by-crime basis.

The following are examples of traffic violations that are considered felonies:

What are Traffic Misdemeanors in Idaho?

Examples of Traffic Misdemeanors in Idaho

Per the Idaho Traffic Laws, here are some examples of traffic misdemeanors:

What Constitutes a Traffic Infraction in Idaho?

Idaho traffic infractions are minor traffic offenses under Chapter 15 of the Motor Vehicle Code. These offenses are not regarded as crimes. Instead, infractions are public civil offenses that attract an administrative penalty ranging from monetary fines, demerit points, license suspension, and community service. The Division of Motor Vehicles assesses demerit points on a driver’s license with a violation point system.

Examples of Traffic Infractions in Idaho

The threshold for offenses deemed as traffic infractions vary with jurisdiction in Idaho. Some of the common infractions in Idaho include:

How Does a Traffic Ticket Work In Idaho?

Under Section 49–1501, an officer or authorized employee of the Idaho Transportation Department will issue a ticket that notifies a driver of a traffic infraction. Also known as a citation, a traffic ticket in Idaho will contain the following information:

There are service providers that offer to resolve traffic tickets on their client’s behalf. This service is often subscription-based and useful if the driver has multiple tickets in different jurisdictions.

Difference Between A Moving And Non-moving Violation

Moving and non-moving violations attract demerit points based on a point schedule. The DMV notifies drivers by a warning letter when they accumulate 8 to 11 points within twelve months, 14 to 17 points in 24 months, and 20 to 23 points in 36 months. Drivers who accumulate too many points risk a license suspension for up to six (6) months, depending on the demerit points they have.

How to Get a Traffic Ticket Dismissed In Idaho

The individual must begin by filing a petition to contest in the local court. They must do this within 10 days. The court will schedule a hearing date if the driver enters a “not guilty” plea. The chances of dismissing a traffic ticket in Idaho increases if the driver demonstrates innocence, good cause for the violation, or prejudice by the issuing officer. If successful, the judge may dismiss the ticket outright or substitute the ticket with a driver’s improvement program.

Are Driving Records Public In Idaho?

Yes, the Idaho Public Records Act permits access to driving records that do not contain personal identifying information. However, the Driver Privacy Act prevents the DMV from disclosing personal or sensitive information to a third party unless the requester presents a signed letter of consent authorizing the DMV to release such records. This restriction only applies to individual requesters and employers.

Records that are considered public may be accessible from some third-party websites. These websites often make searching simpler, as they are not limited by geographic location, and search engines on these sites may help when starting a search for a specific or multiple records. To begin using such a search engine on a third party or government website, interested parties usually must provide:

How To Find Driving Records In Idaho?

A driving record is a collection of documents that detail driving misdeeds tagged to a driver’s license in Idaho. Generally, the driving record contains information pertaining to license suspension, cleared and outstanding penalty points, tickets, reported accidents, and personal information. Requests for driving records are made in person, by mail, or online.

Can Traffic Violations And Infractions Be Expunged/Sealed In Idaho?

It depends. Idaho judiciary will only grant expungement if the individual qualifies. Generally, a request to seal or expunge will only be granted if the driver was acquitted or the charges were dismissed. The court will also weigh the offender’s request against the public’s right to access the record. Demerit points from traffic infractions remain valid on the driver’s license for 3 years after conviction but the infractions remain permanent on the driver’s license record.

Once in 3 years, the Department of Transportation permits drivers to apply for a 3-point deduction if they complete an approved Defensive Driving Course. Furthermore, if the driver completes a city-sponsored Traffic Safety Education Course (TSC), the Department of Transportation will remove up to four (4) demerit points. However, not all cities allow this program, and the officer has the sole discretion to offer the alternative at the time of the citation. 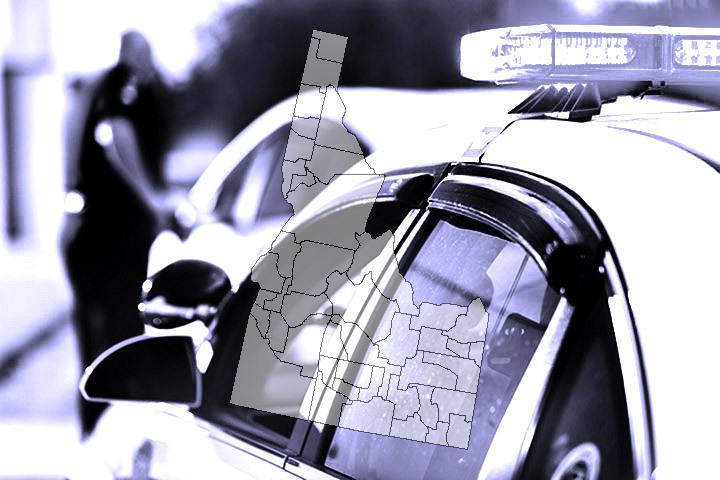